As she is moving to Northern California to be closer to her sons, and after over forty years of service to the stroke survivor community, Joyce Block-Miller is retiring from the Board of Directors for the Stroke Support Association, an organization she helped to found. Joyce continued as a group facilitator through the early 2000’s.

A culmination of experiences led Joyce to her destination with the Stroke Stroke Association. Joyce shares the early years of SSA, and begins the story when she was a speech pathology graduate student. The Stroke Support Association is pleased to share her narrative. 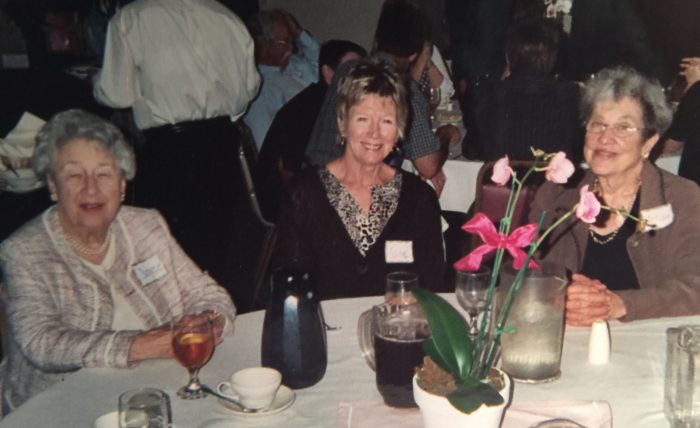 While in graduate school, one of my inspiring professors, Vivian Sheehan, a highly-respected speech pathologist, brought selected patients of hers to several of my classes to share their stories. As they struggled with their improving but certainly not fluent speech, we students were amazed at how effectively they presented themselves, regardless of their so-called communication deficits.

I had also been impressed by the effectiveness of grouping children and adults together for speech therapy, as had been done at the speech clinic at the University of Michigan. Our director there, Ollie Backus, was one of the few advocates of groups around the country.

In 1976, I was seeing stroke patients for speech and language therapy at Pacific Hospital in Long Beach. One of my patients was Elizabeth Pike, wife of Dr. Claire Pike, a physician on the staff at Pacific Hospital. Another patient was Fred Baxter who was on the Board of Directors at Pacific Hospital. I met their spouses, and observed that there was a lot of visiting going on between them in the waiting room.

I decided to begin a communication group for my outpatients once a week after the individual sessions to reinforce their communication skills.

The group went so well that we decided to meet every other month as a social support group, to include both patients and spouses at different homes. We included my patients from St. Mary’s Hospital in Long Beach, and then from Daniel Freeman Hospital in Inglewood, where I later worked. We grew to 25 or 30 participants. Sheehan was included in our monthly get-togethers.

Photos from early gathering at the Cairncross’s. Circa: 1977. 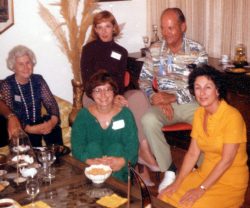 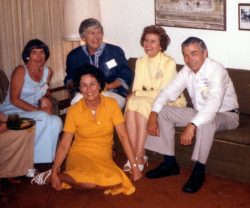 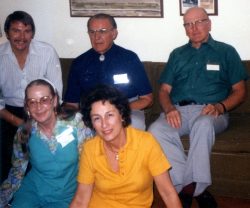 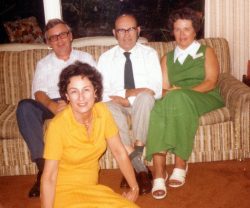 I observed that the survivors’ feelings of isolation dissipated, their willingness to communicate increased, and their communication improved. They also shared ideas on how to cope with problems they experienced in speech, language, and mobility, and of course, with their families.

It was a very lively group. And as time went on, we tapped some of them to speak to student groups and even at the California Speech and Hearing Association conferences. They were billed as “powerful people,” which they were.

The spouses and partners benefited as well, and developed some deep friendships.

We met monthly for several years with great progress made. In the second or third year, we invited Fred Baxter back who had suffered a third stroke, had exhausted his benefits and his survival was “iffy” to say the least. By the time Baxter joined our communication group, he had made tremendous gains and was involved in the LB VA’s stroke support groups. Others from the VA came as well.

We met for nearly a year as an advisory board before we officially launched the Long Beach Chapter of the United Stroke Program in 1980. The help from the other stroke organizations was invaluable to getting us organized.

I know that we were enriched many times over then, as we are today by each other. The remarkable spirit of our stroke support members never ceases to amaze and to inspire.

In July 2010, the Long Beach Chapter of the United Stroke Program was renamed as the independent non-profit Stroke Support Association.

2003 Board of Directors. Joyce Block-Miller-7th from Left